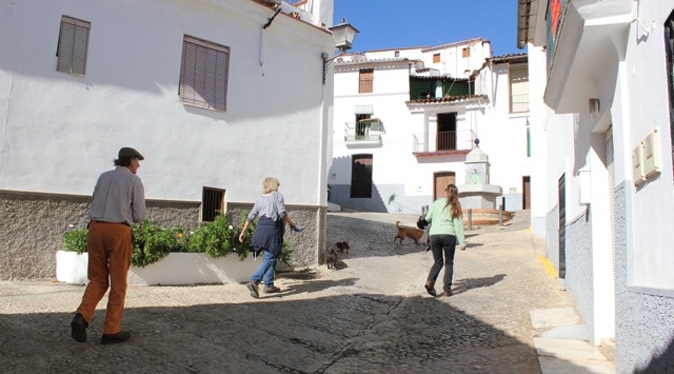 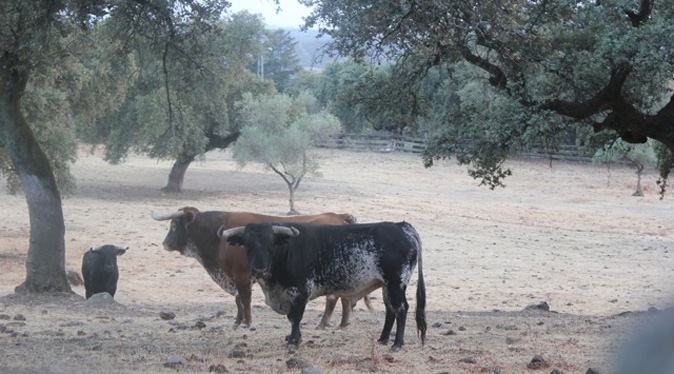 There is plenty to do if you want to venture outside the gates of El Tornero de Rebollar..

Walking - all the white-washed villages in the Sierra de Aracena are linked by small tracks, cobbled in some areas, called 'caminos reales', which makes ideal terrain for both the serious walker and the laid-back rambler. There are maps and books in the house or we can arrange for Abel to guide you. Just talk to Kirsty about this.

Fiestas and Ferias - these seem to be never-ending in Aracena, but the most well-known are Semana Santa at Easter, romerías in June and September, and the three-day, non-stop feria at the end of August.

Bars and Restaurants - even though Aracena has a population of only about 8,000, the town boasts 60 bars and 4 night clubs. This is the famous Jamón Iberico area and every one of the restaurants serves pork in mouth-melting variations. Day cooking courses are held in Los Arrieros Restaurant in Linares where you are taught the art of carving the ham.

Sport - there is a tennis court (which you need to book) at the Sports Centre on the road out of town towards Huelva. For fun golf, there is a 9-hole course (oldest in Spain!) 25 minutes away at Rio Tinto and for those who want a serious game, there are a plethora of championship courses in Sevilla and Huelva. There is also bicycle hire and canoeing on the local reservoir available which Abel can fix for you.

Driving around - the whole area is steeped in history, so you are never far away from some astounding spectacles - the ruined Knights Templar fortifications and the underground caves, La Gruta de las Maravillas, in Aracena itself; the beautiful mosque at Almonaster (now a church); the Roman city at Mérida (2 hrs); the old mines at Rio Tinto (25 mins), or simply take one of the small roads that lead out of town and see where you end up!

Centre of Ham Production - The Sierra de Aracena is the epicentre for the production of Serrano Ham, and one of the most renowned companies is Cinco Jotas in Jabugo. Guided tours are given in English and end up with a tasting of both the ham and Osborne sherries as well.

Banks - there are a number of banks in the town, all with ATM machines.